The piece below was my final project for a news editing class at LSU. My instructor, Bob Anderson, has worked at The Advocate for many years and published the best projects. Click on the link below to read the full story about a man who spends his weekdays ministering to LSU students in Free Speech Alley. 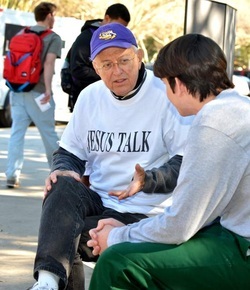 Simply talking about Jesus
“Jesus Talk” is emblazoned across his T-shirt.

Thousands of LSU students pass him daily in Free Speech Plaza, where the rules are simple: Say whatever you want, however you want to say it.

But Jesus Talk — as one man’s commonly known by students — is different... 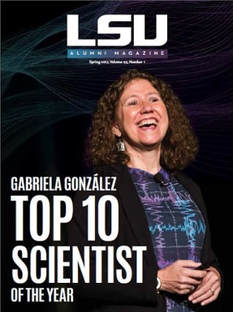 LSU Food Pantry
There are many LSU students who do not know where they will find their next meal. And LSU Campus Life is helping them. The LSU Food Pantry is open five days a week during the regular semester, and students may visit twice a week - no questions asked - to supplement their meals with a variety of food options.

The usual nonperishable and canned foods are available, along with deli meats, cheese, fresh fruits and vegetables, and other perishable foods, thanks to a refrigerator and freezer donated by Student Government and the Olinde Career Center. In November, the Food Pantry even received donated hams and Cornish hens to give students a Thanksgiving meal. 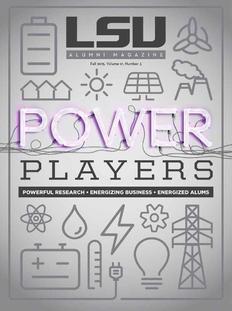 The program seeks to improve graduation and retention rates for males of color by encouraging student involvement, brotherhood, and academic engagement. Each year, about a dozen first-year or transfer students are selected to participate. When they become Fellows during their sophomore or junior years, they are required to participate in a number of enriching service, social, and scholarship activities. In return, the students support from one another, from the senior-year LSU BMLI alumni, and from staff members Vincent Harris and Chaunda Allen. 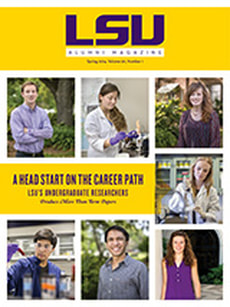 The Family Association gives parents a chance to be "alumni-by-choice," Carillo says. Carillo graduated from Louisiana Tech University, while his wife and Family Association Council co-chair Joanne Carillo is an LSU alumna. Their son Ian is a 2012 LSU alumnus, and son Adam is a junior at LSU... 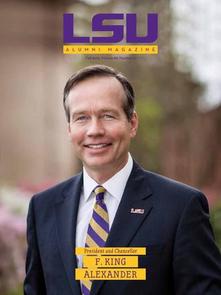 Focus on Faculty: Loren Marks
In a culture where divorce is prevalent, Loren Marks focuses his research on strong marriages and families.

"There are literally hundreds, even thousands, of articles on divorce and dysfunction in families, but there are very few that address family strength," said Marks, associate professor in the School of Human Ecology.

He and his research partner, David Dollahite of Brigham Young University, interviewed "more than 200 families from all eight major geographic regions" of the U.S. to find the secret to a successful marriage as part of the American Families of Faith Project. All couples had been married for at least 20 years, and both spouses reported being "really happy" with their relationship... 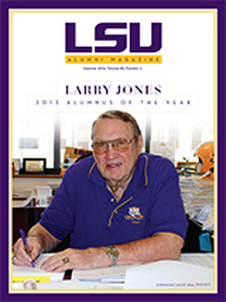 Focus on Faculty: Marybeth Lima
Alumni Professor Marybeth Lima understands that in order for local schoolchildren to play hard, she must work hard.

Lima, director of the Center for Community Engagement, Learning and Leadership, and her Biological Engineering 1252 students have created 28 playgrounds for local public schools since 1998 as part of the LSU Community Playground Project. Most of the playgrounds are located in East Baton Rouge Parish, but her work has extended to surrounding parishes like Iberville and Ascension.

She splits her students into nine groups to design playgrounds for one school. By the end of the semester, the nine drafts are collaborated into one project...

During the summer after my freshman year at LSU, I had the pleasure of interning at Country Roads Magazine. As the editorial intern, I analyzed social media and website tactics, marketed specific stories to interested local businesses and organizations and wrote a feature about a small diner in Zachary, La. The magazine’s audience is locals from Natchez to New Orleans interested in art, entertainment and food. Read it below. 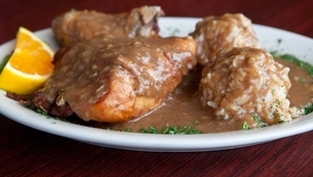 Martha's Bistro
Martha Carter Haynes loved to cook for people. She was one of eight sisters who shared the same passion for feeding others. They each were famous within their family for a special tickles-your-toes recipe: Julia for her Blueberry Delight, Geraldine for her bread pudding. Barbara, Mary, Nellie, Rose and Gussie each had their own signature dishes as well.

And then there was Martha, famed for her enormous helpings...
Published: August 2012
Photo by Kim Ashford

I first began working for LSU's newspaper, The Daily Reveille, during my second semester at the University. I was lucky to work for the paper for the spring, summer and fall of 2012 in the news section. I covered beats like the LSU Law School, LSU AgCenter, LSU School of Veterinary Medicine and Student Government. The audience of The Daily Reveille is LSU students and faculty and the Baton Rouge community. 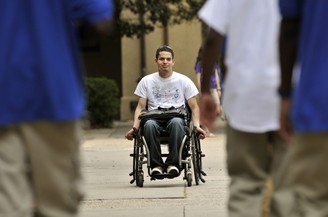 Not all University buildings up to code
Sociology senior Tommy Mead has taken many tests throughout his college career, but not many can compare to the difficulty of his everyday test: getting around campus.

Mead is one of many students with disabilities who must search for handicap entrances, maneuver into narrow bathroom stalls and have classes moved to more accessible buildings because certain buildings on campus aren’t up to current Americans with Disabilities Act guidelines... 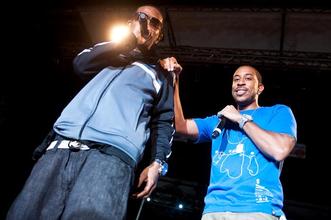 The energetic crowd sang, danced and reveled in the headliner, as well as supporting acts Hunter Hayes, FreeSol and local band Hazy Ray, at the concert hosted by Students on Target... 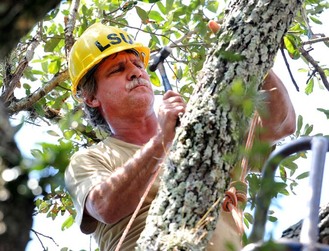 Copper put in trees to protect from lightning
The University is taking preventive measures to keep true to the Alma Mater’s line about “stately oaks.”

The tree, endowed in honor of Charles E. Severance Sr. and Winifred Loudon Severance, is located in front of Coates Hall with a visibly deep vertical gash in its trunk...